Skip to Content
Home Developer Changing of the Guard

I hope this post finds you well and getting ready for a well-deserved rest over the holiday season.

I have been a part of the UpStage community since 2010 when I joined as a student contributor through AUT as my capstone project.  At the time, our legacy codebase was under active development and I had to (very quickly) learn both Python and ActionScript.  I learned a lot during that year as a contributor – Both about being a software developer and about the importance of open-source software as a philosophy.

The following year, Helen and Vicki reached out to me to ask whether I’d like to take over as the primary server administrator for the project – An opportunity I was eager to jump at.  It wasn’t long until I was helping the new batch of AUT students troubleshoot issues, then I was helping them create their backlogs and project proposals.

Fast forward to 2015, and we have our false-start on a system rebuild.  Codenamed Limelight, our goal was to create UpStage in a way that removed our dependency on Flash and made our codebase more modular and manageable.  I say “false start” because although we did come up with an MVP, the decisions I made in terms of technology were based on what I believed I could provide the best leadership for, not what was best for the team we had (at the time, Java developers via AUT).

Enter July 2020.  After a decade as UpStage‘s Tech Lead, many a good time had, many an application rejected, we got word that the EU’s Creative Europe Programme had decided to fund us.  Helen, Vicki, and I were ecstatic!  We’d been trying for so long to get a ‘rebuild’ initiative off the ground and this exposure created the perfect opportunity to do so.  After many, many meetings with too many people to name here, we were able to put together our initial team, Mobilise/Demobilise was a go, and the rest is history.

During the development phase for Mobilise/Demobilise, I have been privileged to work with an amazing team of designers, developers, and artists.  It goes without saying, but I want to thank the team once more for their incredible efforts in getting us to where we needed to be on time for the festival.

One such developer is Gloria.

Gloria has brought an invaluable amount of knowledge and experience to the team and has acted as my second-in-command since the beginning of the project.  As these things often go, as time has gone on she has taken over more and more of the leadership responsibilities that the project requires.  Everything from product direction and architectural decisions, to resource acquisition and administration.  It can’t be understated just how transformative having Gloria onboard has been for the long-term health of the UpStage project.

It is for all the reasons mentioned above and many more that – effective immediately – I am stepping down as Tech Lead of UpStage and proudly (and officially) passing that torch to Gloria.

It is my belief that creative projects benefit greatly under fresh leadership from time to time and UpStage is no exception.  What Gloria has achieved this year is incredible and I can’t wait to see what she’ll do now that she’s at the helm.

So where does that leave me?

It is my intention to continue to contribute to the project and community in a less developer-centric way.  I’ll still be around on mailing lists, chatrooms, performances, etc. as I always have been.  I’ll also be around to provide guidance and advice should anyone on the project care to ask for it.  But mostly, after 12 years of leading, I’m going to follow again and watch with keen interest as UpStage enters its next stage of life.

Gloria, I wish you all the best as you embark on your tenure as our Tech Lead.  You have the full confidence and support of Helen, Vicki, and myself.  The team and the broader UpStage community is privileged to have you. 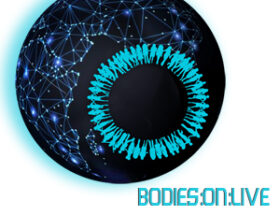 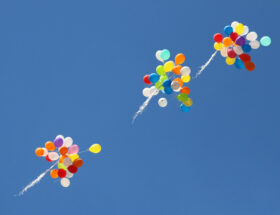 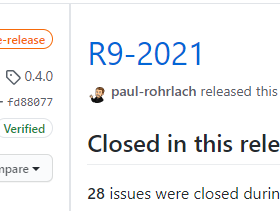